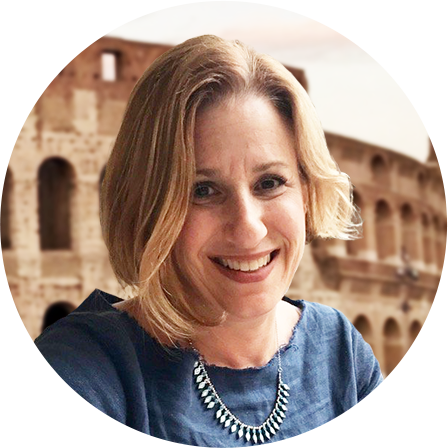 Planning to visit the Spanish Steps Rome Italy? Find out why you can't sit or eat here, what you CAN do, and why to visit it!

The Spanish Steps is one of the most recognizable tourist attractions in Rome Italy,

Visiting the Spanish Steps Rome Italy - Everything You Need to Know

To Romans, the area around the Spanish Steps is simply known for being "the shopping zone."

But for Romans and tourists alike, this iconic staircase has a draw all its own - it's a place to gather and people watch, to take lots of selfies, to relive that moment in Roman Holiday when Audrey Hepburn and Gregory Peck started their romantic afternoon with a gelato right on these steps.

Alas, you can no longer eat gelato or anything on the Spanish Steps.

And you can also no longer sit here either.

So what can you do and why should you visit the Spanish Steps?

Here's everything you need to know about visiting this site in Rome:

What are the Spanish Steps and why visit them?

The Spanish Steps are a monumental staircase of 135 steps, and the widest staircase in Europe.

The staircase was built in the 1700s as a way to connect the French church at the top with the Spanish Square at the bottom.

Why was the piazza at the bottom called the Spanish square (Piazza di Spagna)?

Because of the Spanish Embassy to the Holy See, which has been there since the 1600s.

And while the plaza at the bottom of the steps may not be an actual square, it's still a beautiful, spacious place to soak up the atmosphere of people watching, high-end shopping, and a slice of Roman history.

For more about the history of the Spanish Steps, visit my dedicated page here.

Where are the Spanish Steps?

The Spanish Steps are part of Rome's historic center, and also part of an area called the Tridente, or trident, which is the neighborhood stretching from Piazza del Popolo in three directions (see map.)

They are a short walk from the Pantheon, Trevi Fountain, Piazza Barberini, and Piazza Navona, making it easy to visit them on your trip to Rome.

How to get to the Spanish Steps?

If you are staying anywhere in Rome's historic center, you can easily walk to the Spanish Steps.

Visit my page here with directions from the Trevi Fountain to the Spanish Steps on foot - only 10 minutes!

Otherwise, there are 3 metro stops you can take to get here - Piazza Barberini, Spagna, and Flaminio.

The metro stop of Spagna will put you right on the piazza di Spagna where the bottom of the steps is.

The beautiful Barcaccia fountain at the bottom of the Spanish Steps Rome Italy. The Spagna Metro stop will let you out right here.

You can also take an elevator from the metro stop all the way to the top of the steps if you prefer.

The other two metro stops put you at about 10-15 minutes' walk from the Spanish Steps.

Are the Spanish Steps free?

There is no cost whatsoever to visit the Spanish Steps or any part of it including the church at the top, the fountain at the bottom or the steps themselves.

You can definitely add this to your list of Free Things to See in Rome!

Are the Spanish Steps closed?

I hear this question a lot and I wonder, how can you close a staircase like the Spanish Steps?

But I understand the confusion.

First of all, the Spanish Steps has always been a popular hangout for Romans and tourists alike. In recent years it had gotten to the point where you almost could not see the steps at all for how many people were sitting, standing, and walking on them.

A few years ago, the city banned eating or drinking on the steps.

And now, sitting on them is banned as well.

Why? To preserve the monument.

As I said, it's gotten more and more crowded, and it was just not sustainable to have so many people sitting (and eating and drinking) on them.

Aside from the above issues, Rome-based jewellers Bulgari financed a multi-year restoration project that included restoring the church, the fountain, and the steps themselves. When the whole thing was finished, Bulgari suggested putting a gate on the Spanish Steps and limiting access, but this idea fizzled out.

The Spanish Steps are not closed but they are not for sitting, eating, or drinking on either.

Just enjoy their beauty, take photos, and climb up and down them.

The Spanish Steps, the terrace at the top, and the piazza at the bottom are open every day, all day.

In fact, visiting them at dawn is really special, especially when the azaleas are there in spring!

What’s the best way to visit the Spanish Steps?

In my opinion, the best way to visit the Spanish Steps is to start at the top and check out the beautiful view over Rome.

From the top of the Spanish Steps Rome Italy, you get lovely rooftop views of Rome. Start your visit here.

From there, it depends on whether you have time and energy to do a bit of exploring.

Start at the top and walk down them

The first option is quickest and would take you down the 135 steps themselves to the bottom.

From there you can take pictures of the staircase, do some high-end shopping or even window shopping, and wander off to the next must-see site like the Trevi Fountain or the Pantheon.

An Alternative Way Up or Down

On either side of the Spanish Steps is a narrower but still easily-navigable staircase.

If you want to get up or down the Spanish Steps but avoid the crowds, you can take either of these side staircases. They take you to either end of Piazza di Spagna, respectively.

Start at the top and walk to the Pincio

If you have time, energy, and the interest to do so, my best suggestion for visiting the Spanish Steps is to start at the top and then walk from there to the Pincio.

The walk from the top of the Spanish Steps Rome Italy towards the Pincian hill is full of gorgeous rooftop views like these.

Once you take in the views, turn to your right, walk along the Pincian Hill and make your way to the Pincio, a terrace at the edge of the Villa Borghese park that overlooks Piazza del Popolo.

This has to be one of the most romantic spots in Rome.

Not far from the top of the Spanish Steps is the Pincian Hill with this view overlooking Piazza del Popolo.

The walk can take from 15-30 minutes depending on how you walk and how often you stop to take pictures.

From here you can walk back into the Villa Borghese park if you like.

But to continue on this walk, just come down the hill and onto Piazza del Popolo. Then make your way back to the bottom of the Spanish Steps.

You can either walk along via del Babuino (high-end shopping and more crowded), or via Margutta (quiet and lovely, with art galleries and antique shops).

For a quiet, peaceful stroll not far from the Spanish Steps, don't miss beautiful via Margutta.

Once you arrive at the bottom of the Spanish Steps, you can take photos, and continue your sight-seeing, whether it's shopping, enjoying a nice lunch in the area, or visiting the nearest must-see sights like the Trevi Fountain or the Pantheon.

If you happen to be in Rome in late April/early May, you can enjoy the Spanish Steps adorned with pink and white azalea plants. It's even more beautiful in person than these photos can portray.

There's nothing like seeing the Spanish Steps Rome Italy covered in azaleas in spring.

On December 8, you won't be able to get near the Spanish Steps for most of the afternoon.

That day is the Immocolata, and the pope comes to Piazza Mignanelli to replace the wreath that Mary is holding.

At Christmas, there is usually a nativity scene on the steps themselves, and/or in the Piazza di Spagna (near Babington's Tea Rooms.)

By the way, Babington's or Caffè Greco are two lovely places to enjoy some Christmas cheer and hot chocolate.

At Christmas, you will find an old-fashioned nativity scene, called a "presepe", in Piazza di Spagna, or sometimes on the Spanish Steps themselves.

We don't usually have Christmas trees at the Spanish Steps.

But for two years in a row while Bulgari was renovating the monument, they placed stunning glass trees on the steps.

Finally, while we don't typically get snow in Rome, it has been known to happen.

And when it does, I suggest you make your way to the Spanish Steps for some beautiful snow-filled photos!

The above is a rare picture of the Spanish Steps Rome Italy with snow, from when we had a bizarre snowfall in Rome in January/February 2012.